<< Back to Blog
consumer insights

isi employee Sarah Hemmerling and colleagues took a closer look for the first time in Germany at who exactly are foodies. Their conclusion: 30 percent of Germans are foodies or light foodies. They like to try out new things, they look to quality and they often eat with friends. They cook passionately, but they are not always that knowledgeable about nutrition.

For companies in the food sector, this growing consumer segment poses particular challenges. Companies looking to meet the needs of foodies have to come up with creative ideas, but the reward of winning enthusiastic customers keenly interested in new developments in the food market makes the effort worthwhile.

"Our research shows that the image we sometimes have of scroogy kitchen grouches no longer applies to many consumers," says Sarah Hemmerling. "In Germany, more and more people are becoming true connoisseurs of good food. Food companies should learn how to target this growing group." 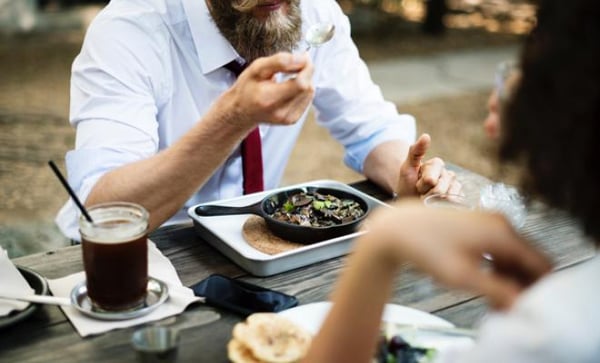 Finding out about Foodies

What is a foodie? Google the word foodie and you'll get over 90 million hits. Wikipedia equates the term foodie with "gastronome", "gourmand" and "epicure" to denote a person who enjoys genuine good, high-quality food for pleasure. Foodie print magazines launch with huge circulation numbers, there are foodie festivals, foodie apps and foodie cookbooks. But despite the abundance of foodie trails on and offline, it has been relatively unclear until recently who exactly belongs to this select group. At the same time, the group is of course especially interesting to companies in the food sector.

Collaborating with colleagues from the University of Göttingen, Sarah Hemmerling from isi, the company for sensory research and innovation consulting in Göttingen, initiated a study on foodies to shed some light on the subject. She wanted to know: How many people in Germany call themselves foodies? What makes them special? What do they buy? The aim was to typify foodies using scientific methods.

To this end, the team carried out an online consumer survey with 503 participants comprising a representative cross-section of the German population. Sarah Hemmerling and colleagues also interviewed 91 followers of a food blog for foodies, wurstsack.de. The idea was to reach people especially interested in food.

On the Lookout for Something New

Using two statistical methods, factor and cluster analysis, the research team were able to identify six separate groups in the German population. 19 percent belong to the group "Belly Fillers ". This group is not even slightly interested in nutrition. The researchers call them nutritional functionalists. The next group, which the researchers christened the "kitchen grouches", makes up 16 percent of respondents. Although they find food important, they are not very interested in cooking. "habit chefs " are in the middle of the foodie barometer. They make up 15 percent of the population. Eating is important and cooking is fun, as long as it is done at one's own cooker. 20 percent are curious about nutrition. They don't mind turning the wooden spoon from time to time at a cooking event, and they are willing to reach deeper into their pockets for specialties. At the top end of the scale are the light foodies and the foodies. This segment accounts for a significant 30 percent of the population. Analysis of their responses shows what they value and what sets them apart from the functionalists, the kitchen grouches, and the other groups. 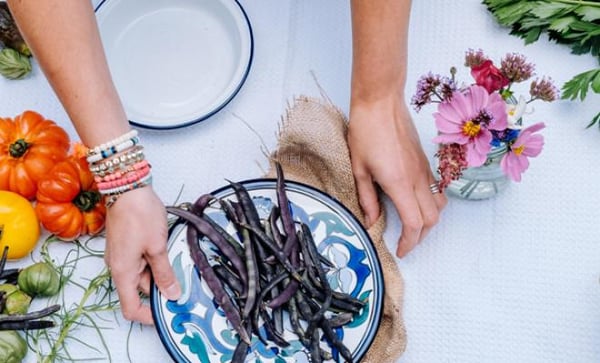 What is it called? Doesn't matter, main thing is it tastes good.

Real foodies make up about ten percent of consumers in Germany. Cooking is their passion. They love to take part in culinary events, and they rave about new things they've discovered. Eating in company is fun, and quality is the top priority. They claim to know a lot about cooking and food. In the knowledge test, however, they performed worse than habit chefs, the “nutri-wise” and light foodies. For example, one in three foodies did not recognize a parsnip. Around 40 percent did not know what blanching or bridging is. "For foodies, passion is more important than knowledge. They do, however, want to be considered knowledgeable. That's important if you want to address this consumer group", explains Sarah Hemmerling.

Light foodies are positioned just below the real foodies on the Foodie Barometer. This group consists of around 20 percent of all consumers. The main differences between these consumers and foodies are their lower interest in cooking events and their reluctance to innovate. They mostly live their passion at home and are the most knowledgeable of all groups when it comes to cooking and food. They share much the same high quality standards with foodies.

Compared with all other respondents, foodies have an above average openness for products created by the food industry. Just over a quarter regularly use ready-made products. In the overall survey, this was only true for one in seven respondents.

What does this mean for Food Companies?

Foodies and light foodies account for 30 percent of consumers. The analysis showed that they get their ideas more often than other groups from television and magazines. Even cookbooks are more popular with them than on average. 41 percent of foodies trust products they know from advertising more than unknown products. If we take the overall group, that was only the case for 12 percent. Foodies make space in their shopping basket for high-quality ready meals. However, they are not willing to compromise if the taste is not right for them. Foodies are on average 46 years old, live more often in southern Germany, are often in a partnership, and their disposable income is above-average. They are, however, quite price conscious. Three quarters look for product variants in order to purchase the product with the best price-performance ratio. Two-thirds check the price, even when the items concerned only have a small price tag.

Companies in the food industry looking to address this consumer group need to pay particular attention to a few specific aspects. "Foodies want to show they are different and watch out for vendors who will help them find and express their lifestyle. This can only be achieved by specializing in this target group", explains Sarah Hemmerling.

Products for foodies must meet certain minimum requirements. Taste and quality are their top priorities. The products have to be healthy, sustainable and authentic. Meat is a part of the equation, but less often than with the average population. Food fairs, cooking classes, food festivals and culinary trips are a great way to speak to foodies. 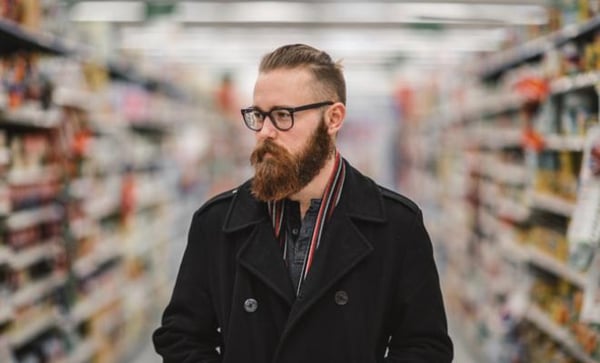 "Foodies like videos that give them insights into the origins of food. An example would be a story about a farmer and his life, giving insights into the entire food production chain. That's what makes a product authentic", says Sarah Hemmerling. Particularly influential food bloggers, so-called influencers, can help position a brand with foodies. "Foodies read blogs and love to post photos of their food. Social media plays an important role for foodies and is suitable for disseminating information about products and offers", says Sarah Hemmerling.

Tastings and product presentations that appeal to all the senses speak to the connoisseur in foodies. "A multi-sensory approach in stores will trigger significant purchase impulses. This is still underestimated by many of the market players. Products that appeal to the eye, touch, ear, taste and smell in a well coordinated manner are especially appealing to foodies", explains the isi employee. For food manufacturers who have relied mainly on taste up to now, this can be both a new challenge and an opportunity. "Foodie foods of the future", emphasizes Sarah Hemmerling, "are different from standard products and don't just offer the pleasure of eating, but a whole sensual story behind the product."

Other Cultures, Other Consumer Tests

What is the difference between consumer tests in Europe, the USA, and South East Asia?

How isi succeeded in managing a nearly seamless transition from onsite Lab testing to in-home...