<< Back to Blog
news

How are meat producers and consumers reacting to the ban on anaesthetised piglet castration? isi, the Institute for Sensory Market Research and Innovation Consulting, is involved in a series of studies that seek to answer this question. The results will provide deeper insights into the wishes and fears of manufacturers and consumers alike and help shape future information campaigns. Informed campaigns of this kind reduce the risk of overreactions and scandals.

Most people think of food products such as chocolate bars, ketchup and ice cream when they hear of a sensory market research institute like isi. That's not wholly accurate, as isi is often tasked to apply its expertise to mediate between manufacturers and consumers, including in the sensitive field of meat production. "Meat is definitely a special product for us in the sense that we don't just have to consider the wishes of consumers, but also to keep the well-being of the animals in mind", says Axel Schübeler. As a senior member of the team, Axel is responsible for qualitative market research at isi and specialises in behavioural business management and morphological market research.

Anyone about to eat a freshly roasted pork schnitzel has a very specific taste expectation. However, the taste people expect is not necessarily natural, as the meat of growing and adult animals can sometimes have a strong odor like of boar meat. And most people find that smell quite repulsive. Which is why piglets are castrated early to make sure that this typical odor doesn't ever evolve in the first place. 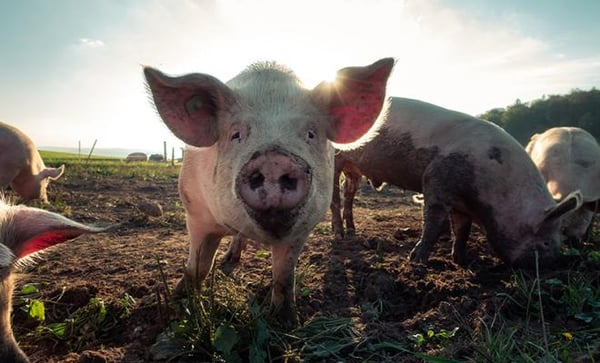 The meat of uncastrated piglets can develop an odour that some customers find repulsive. However, this is only the case for about five percent of the animals.

In one of the first studies, isi collaborated with other organisations*, including the University of Hohenheim, to investigate how farmers and livestock farmers are preparing for the new regulations.For the study, 300 general farmers and specialised animal farmers were interviewed in spring 2018. One of the questions was: 'What preparations has your operation made so far in light of the ban on anaesthetised piglet castration?' Only slightly more than half of the respondents stated that they had done anything in connectin with the issue. Activities included practical trials and training courses. However, almost 30 per cent of the farmers considered the anaesthetic-free castration unnecessary. "This indicates that there will be problems with the practical implementation of the new regulations," says Schübeler. 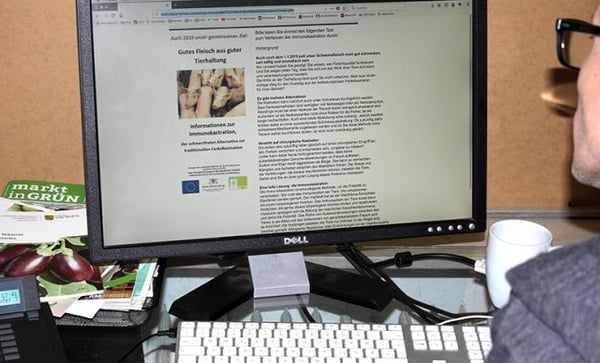 300 general farmers and animal farmers responded to an extensive online questionnaire in spring 2018.

Even the farms that have already done some work on the issue are only hesitantly preparing for its implementation. More than three-quarters of the farms were undecided as to which method they would prefer to use to implement the new regulations. The options available to them are castration by injection or inhalation anaesthesia, immunocastration or boar fattening (no medical intervention is necessary, whereby there is a risk that around five percent of the animals will develop the unwanted boar odor).

Change always raises questions and leads to uncertainty. Which aspects are particularly important to farmers? The first thing farmers mentioned was their own safety in applying the new method. Animal welfare, on the other hand, was mentioned relatively late. Costs or the risk of being drawn into public scandals were not especially prominent.

In view of the indecision of many general farmers and livestock farmers, the project team recommends that specific information on the changeover be provided to the various target groups, including piglet producers and fatteners. "Livestock farmers are key players in the production chain. Their knowledge and clarity can prevent overreactions in the media and ultimately among consumers," explains Schübeler. The results of the study were published by Axel Schübeler and Lilian Koch, Junior Project Manager at isi, in 2018 in the trade journal 'Fleischwirtschaft' (1).

The manufacturers are one side of the equation that can’t be complete without the other side, which is the customers themselves. How familiar are consumers, in particular ecologically oriented customers, with the new regulations in piglet rearing? Another study with isi participation (2) was dedicated to this question. Dr. Johanna Mörlein and Prof. Daniel Mörlein, both scientists at the University of Göttingen, and Axel Schübeler analysed the statements of 26 users of organic food. In three discussion rounds lasting several hours, the study participants were encouraged to talk about pork and piglet castration. 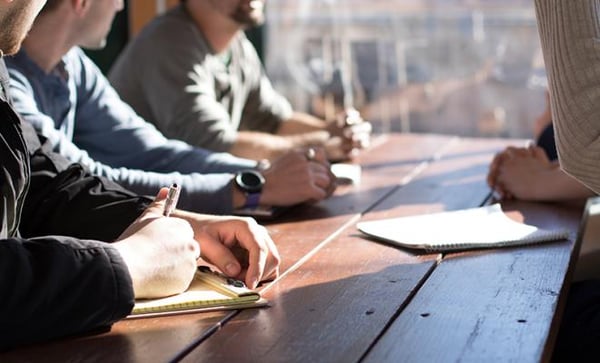 Ecologically conscious consumers are definitely concerned about the issues relating to slaughter. However, only four of the 26 participants were familiar with the topic of alternatives to piglet castration. In this respect, there was hardly any difference between them and a group of previously surveyed consumers who shop conventionally. "Just as with conventional buyers, there are also a number of prejudices and template thinking among ecologically oriented consumers," emphasizes Dr. Johanna Mörlein.

Organic customers can imagine accepting odor deviations in pork.
For example, immunocastration is defined as a hormone treatment and not as an alternative. One study participant summed up the defensive attitude in a nutshell: "I don't know if I want to eat this. In immunocastration, the administration of a protein suppresses the sexual maturity of the animal. No residues of the active substance can be found in the meat.

Consumers of organic foods see young boar fattening as the preferred alternative to anaesthetic-free castration. This does without both painful procedures and biochemical methods. This consumer group is prepared to pay more and even to accept possible odor deviations. "However", Axel Schübeler adds, "only consumers who never experienced the faecal-like smell of boar made this claim.

Using qualitative market research, Axel Schübeler and his colleagues found that the views of consumers of organic foods and those of conventional consumers on the subject of alternatives to piglet castration differed considerably.

In a follow-up study, the researchers in the project are now investigating how changes in production methods can best be communicated across Germany to specific target groups. "We want to help manufacturers and consumers deal competently with the changes", summarizes Axel Schübeler. "Our studies also show that qualitative market research makes an important contribution to this."

* The research project "Analysis of alternatives to anaesthetic-free piglet castration" is a project funded by the EU and the state of Baden-Württemberg. The project is led by Edeka Südwest Fleisch. Participants include various departments of the University of Hohenheim, the market research company isi, which specialises in sensory analysis and innovation, Edeka Handelsgesellschaft Südwest and Hans Dietz GmbH. The project is supported by the Landesbauernverband (Famrers' Association) Baden-Württemberg and the VZF Süd.

(from top to bottom)

How to develop sustainable products

How do you introduce unusual and sustainable algae products to men and women? The team surrounding...