<< Back to Blog
product covid19 sensory

How isi succeeded in managing a nearly seamless transition from onsite Lab testing to in-home testing at the onset of the Corona Lockdown. Part 1: Sensory Profiling (working with the Test Panels).

When contact restrictions were imposed in mid-March 2020 at the onset of the COVID-19 pandemic, isi was forced by the situation to bring projects to a halt under short notice. "We, the isi-Team, immediately pulled together and planned alternatives," reports Annika Ipsen, Senior Manager at isi responsible for working with sensory test panels. The team revamped and rescheduled current projects so that they could take place at either the testers' homes or in a mobile sensory booth which accommodates only one test person at a time. After one week the concept was implementable and the sensory tests started again. What was born out of necessity turned out to be a strategy for success in the following weeks that resulted not only in new avenues and ideas for isi, but also in new clients.

In this short video, Annika explains the transferring process.

From the very beginning, “we considered how we could comply with the strict hygiene protocols and distancing regulations and still create a testing environment in which our test subjects - as a general rule a group of panelists numbering from 12 to 15 people - could still test the product in the most standardized way possible,” recounts Annika Ipsen. The solution was to relocate the test from the laboratory (Central Location Test, CLT) to the home of the panelists. 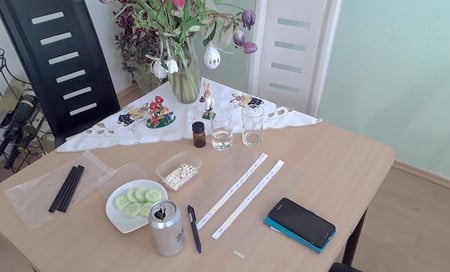 But before the implementation could occur, there were several logistical challenges to overcome. How can spreads, hot drinks, stews and the like be brought to the testers without any loss of taste and without endangering anyone while transporting the products? The isi team instituted a contract-free pick-up system which allowed the panelist to come directly to the isi laboratory. For example, the isi team prepared samples of milk products in the laboratory kitchen, packaged them and added everything necessary for sensory testing, such as cutlery, trays, glasses, and water and toast to act as a neutralizer. In this way the team was able to comply with all corona-related protective requirements – everything from wearing masks to maintaining distance from one another.

From the Lab to the Living Room

At home, the test persons created an individualized "home lab" with the isi package. "It was of course helpful during the planning stage that we had already had experience in conducting so-called home use tests," explains Annika Ipsen. 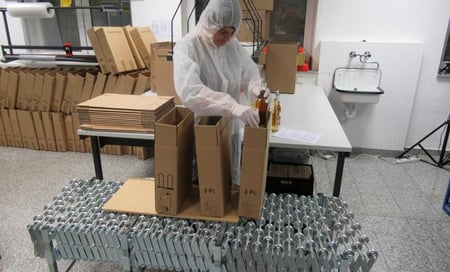 However, home use tests (HUT) and laboratory tests differ both in their purpose and in their design. The classic home use test, for example, is used to test products in the home environment in which they would be used. Does the family ice cream also taste good in the evening while watching TV? Does the detergent still smell good when the laundry comes out of the dryer? Conversely, the laboratory test aims to test the product without distraction and under standardized conditions, so that even the smallest differences between product variants can be detected. "The implementation of the laboratory test in the living rooms of our panelists was therefore something new for us," emphasizes Annika Ipsen.

No discernable difference to Lab-Test

No sooner had all the logistical requirements been clarified than an important question arose: How do we know whether the results of the new in-home tests are as good as the results of the classic lab tests? In this instance good fortune and chance came to the rescue. A sensory test with dairy products had just started and the panelists had already tested the sample variations for the first time in the laboratory. At isi, the laboratory tests are normally repeated twice to ensure that the results are replicable. Due to the corona situation, the panelists then had to repeat the measurements in their own living rooms. "We compared the results and found, apart from minimal deviations, no meaningful difference," reports Annika Ipsen. The deviations concerned the appearance and texture of the product and are probably due to the fact that, unlike in the isi laboratory, room temperature and lighting conditions in the living room are not standardized and that more time elapsed between preparation and consumption. However, the deviations did not play a role in the successful differentiation of the product variants. Annika Ipsen and her team felt confirmed as a result. Although they had assumed that the switch from the laboratory to the living room would be successful, confirmation by statistical analysis provided a higher level of certainty. The analysis has been published in the trade journal DLG-Expertenwissen (4/2020). 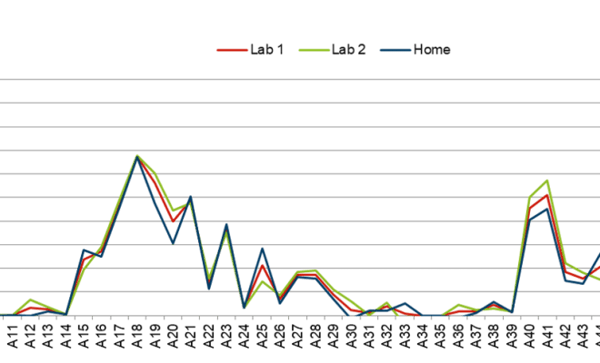 The analysis demonstrated that the differences between the laboratory and the in-home test are so small that they are not significant for the test evaluation.

Even though many sensory tests could easily be transferred to the In-Home Lab, the logistical hurdles were too high for some products. This was the case with a coffee project, for example. In order to compare eight different coffee samples, the panelists would have had to send eight coffee machines home. "Theoretically possible," laughs Annika Ipsen, "but not practical." 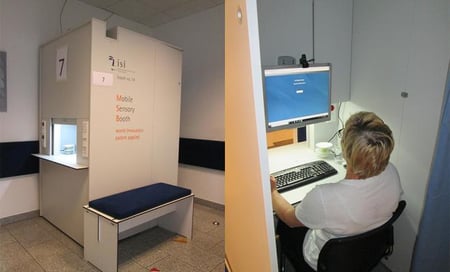 The pragmatic solution was literally near at hand and was already in the isi laboratory: the mobile sensory booth. isi invited the individual coffee panelists for the tasting in the booth, which is located right behind the main entrance to the isi headquarters in Göttingen. The panelists no longer have to enter the isi rooms, the contact-free distribution of samples is achieved, and the booth can be easily disinfected before each and every use. This solution also enabled isi to ensure that the strict requirements for standardized sample preparation by the laboratory staff were met. "This was a time-consuming process, but it was important for us and for our clients not to postpone the test," explains Annika Ipsen. Thanks to these and other flexible strategies (see also the interview with Sven Henneberg), isi has succeeded in offering an alternative to all the clients who did not want to delay their projects. In addition, new customers came to isi who, due to insufficiencies in their own test capacities, were looking for providers who were capable of continued testing despite the crisis. As a result of daily and transparent social media posts interested parties were kept up-to-date and well aware of the developments of the Göttingen based company via the Internet.

In the meantime, normality is slowly returning to the isi test laboratories. Germany has relaxed the strict regulations and all panel tests are once again being carried out in the laboratory. A minimum distance of two meters is maintained between the cabins and the contact between the panelists and the panel supervisor is purely digital. What could Annika Ipsen and the isi team take with them into a post-Corona era? "As a team, we have grown even closer together. I was simply delighted to see how flexibly and creatively our company reacts to challenges," reports the senior manager, who has been working for isi for eight years. The new experiences with the Home Lab test will also be incorporated into client consulting. For some products, the in-home test can certainly replace a lab test. This depends on the product and the questions posed and, in some cases, can save costs. Another thing is also important to Annika Ipsen: "If, for whatever reason, there should be further restrictions, we at isi are already prepared and can immediately offer our clients alternative solutions that work.

Which is the most suitable location for your test?